After testing the feasibility of the 3D model, Olivier van Herpt 3D printed the clay portrait, to be cast in bronze. Support material is constructed by hand to support the overhanging parts of the model in zones such as the ears and chin. This process substitutes the regular way of making clay sculpture. The steps are not automatized, but digitized, controlling for the desired result. The expert eye of Koos Breukel controlled the aesthetic of the digital model, and Olivier van Herpt interacted with the machine to support the material that could normally not be printed because it would collapse.

A mould is made of the original clay 3D printed portrait using a rubber-like material stabilized by a plaster jacket of two pieces.

Once the production mould is obtained, a wax hollow is then poured into it until an even coating covers the inner surface of the mould. The wax copy is sprued with a structure of wax that will eventually provide paths for the molten casting material to flow and for air to escape.

The reproduced portrait in wax is then invested in a fire-proof materials mould, which is heated in a kiln until the wax runs out. Now all that remains of the original artwork is the negative space formerly occupied by the wax, inside the hardened shell.

The investment is then filled with molten bronze. Metal is melted in a crucible in a furnace, then poured carefully into the shell. After the metal has cooled down, the external plaster based mould is then hammered away, releasing the rough casting, including pins and sprues. 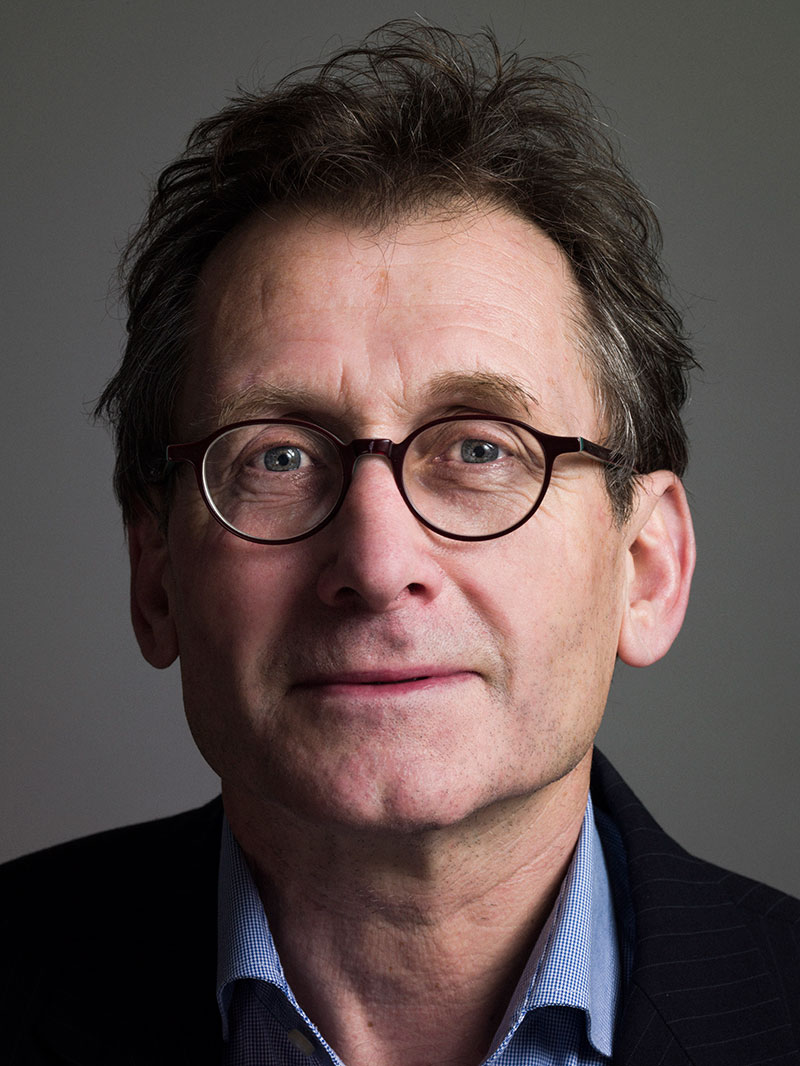 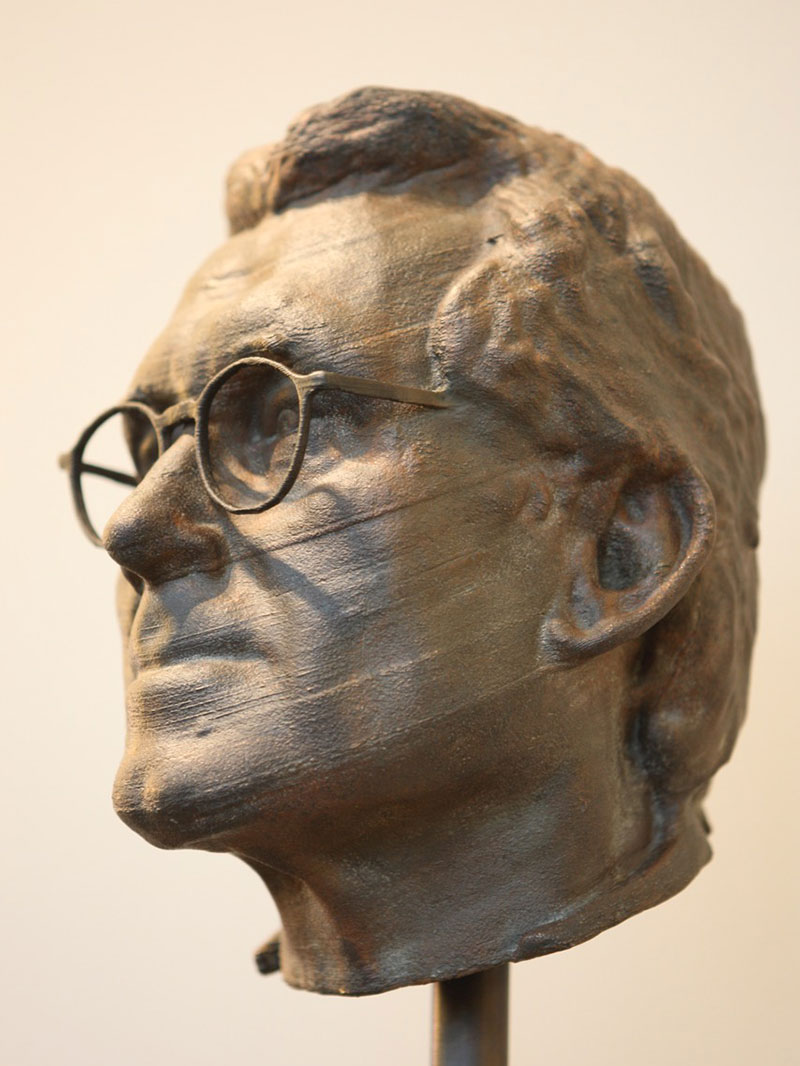 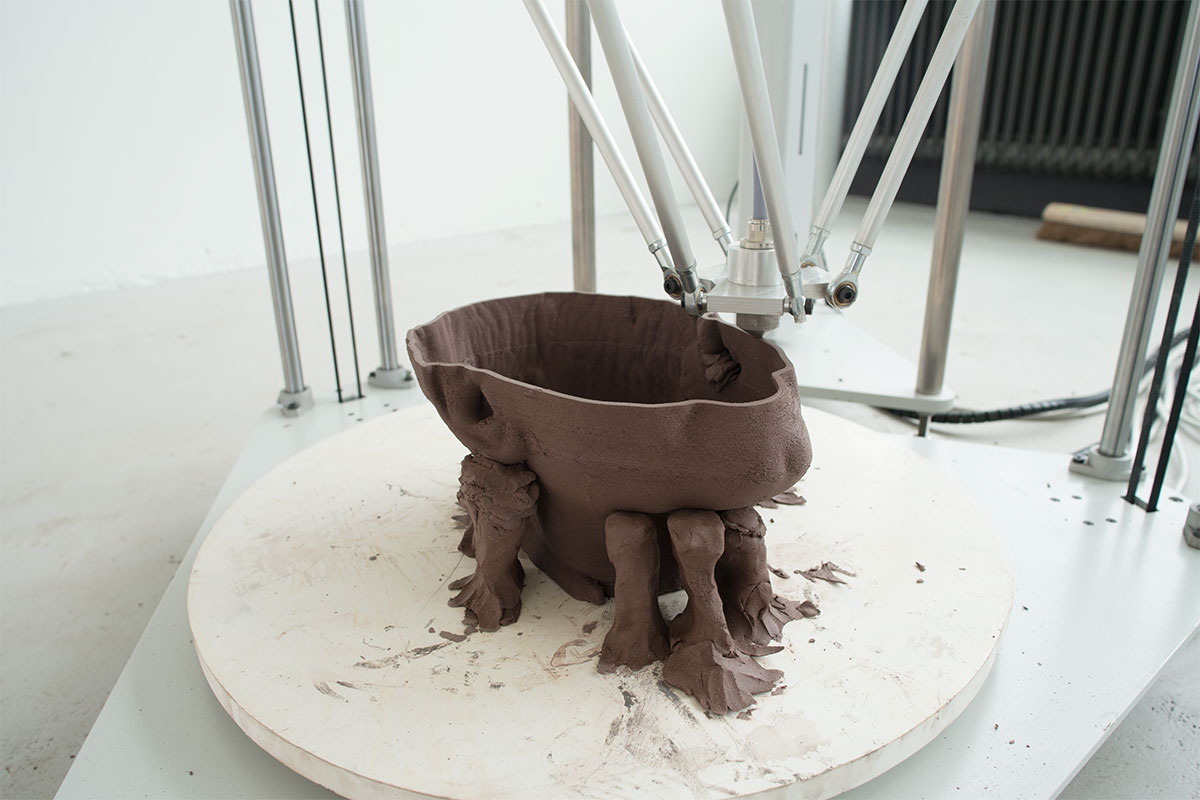 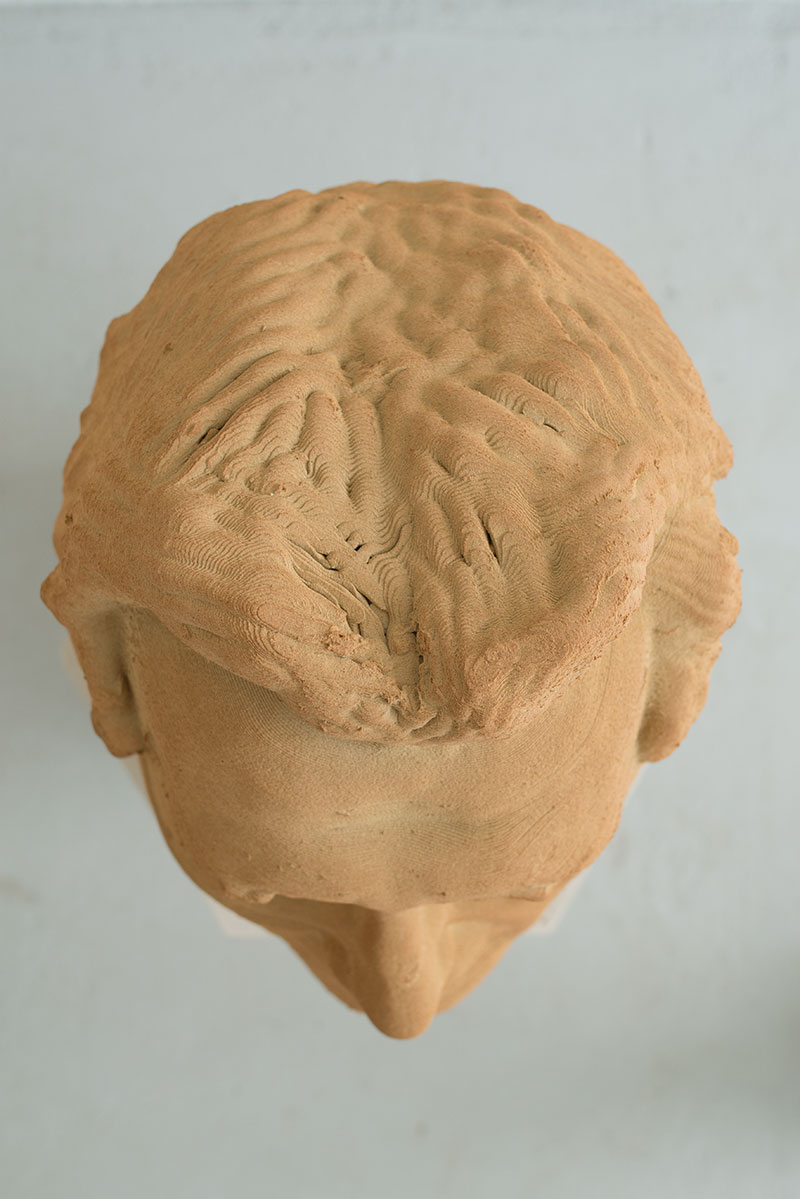 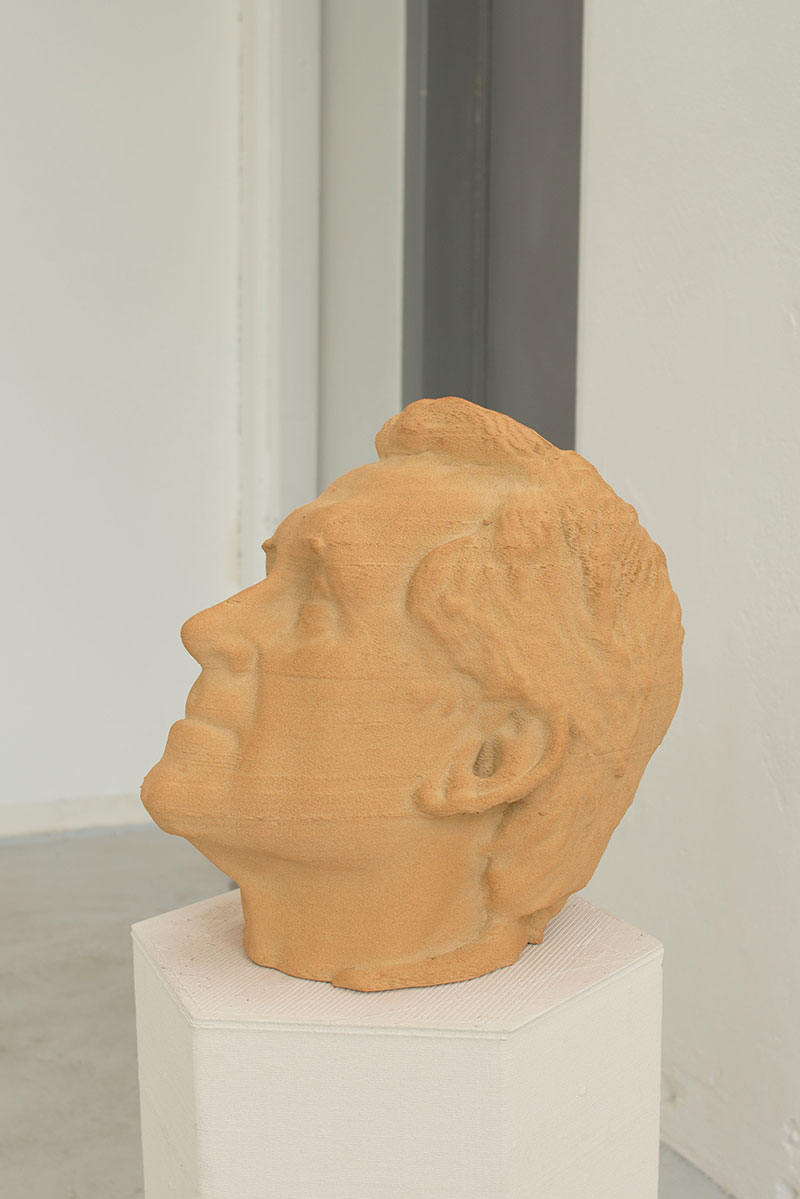 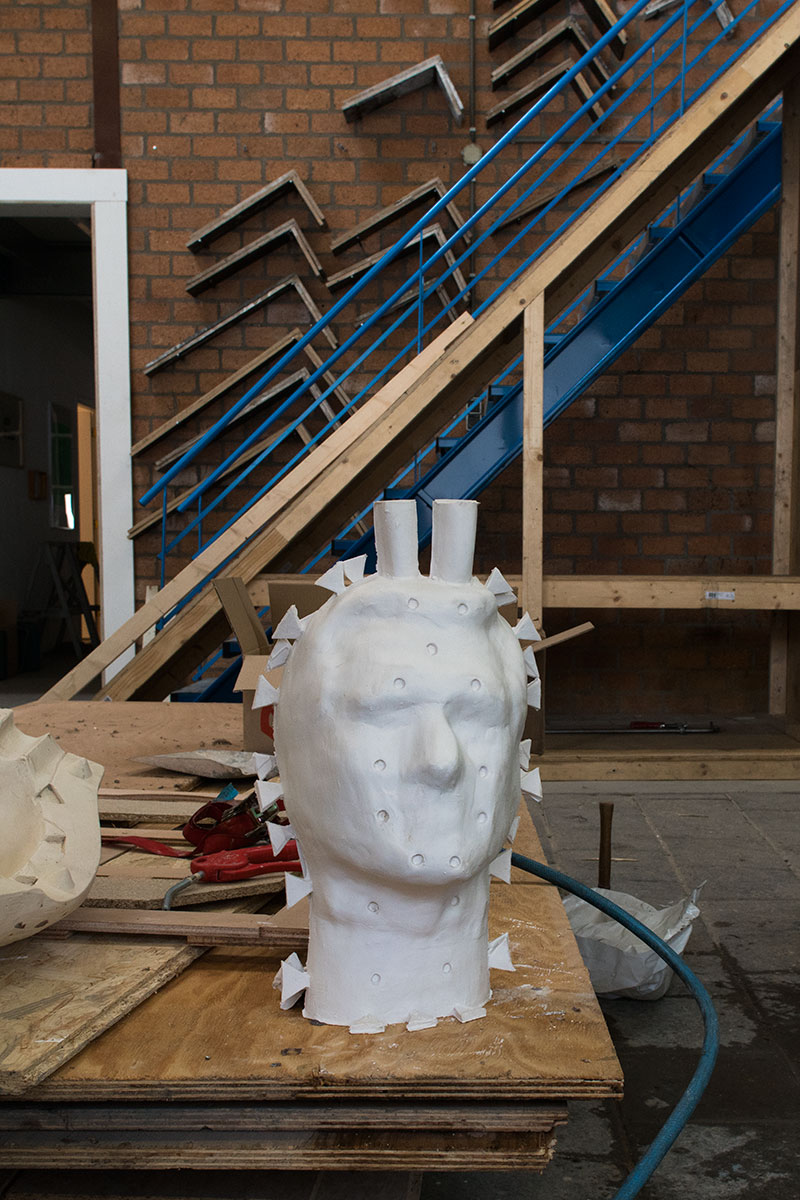 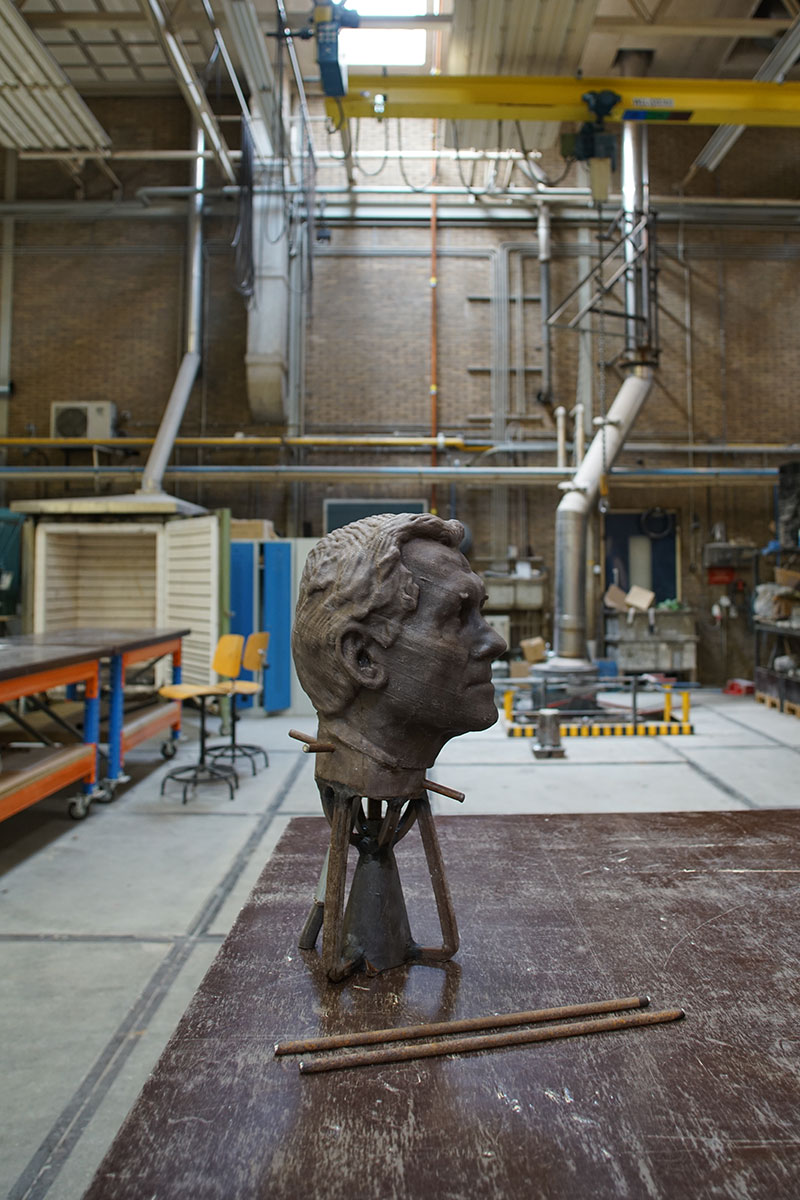 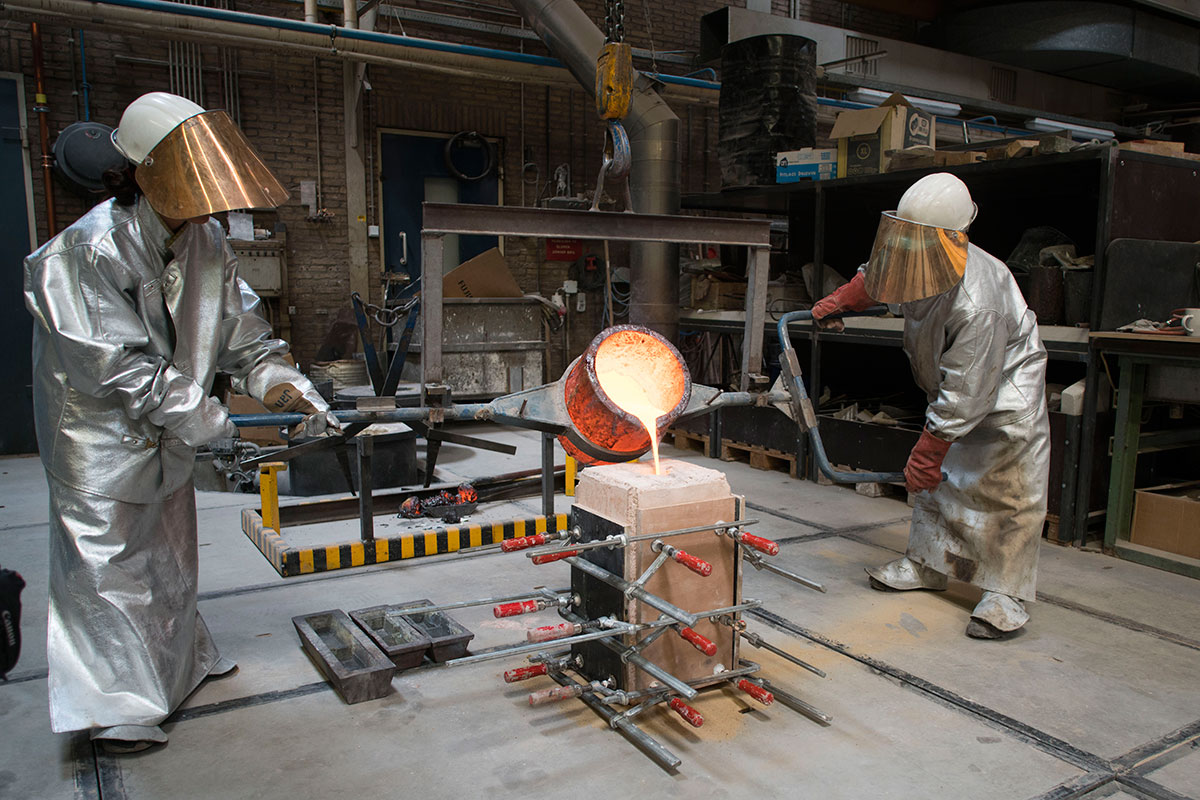 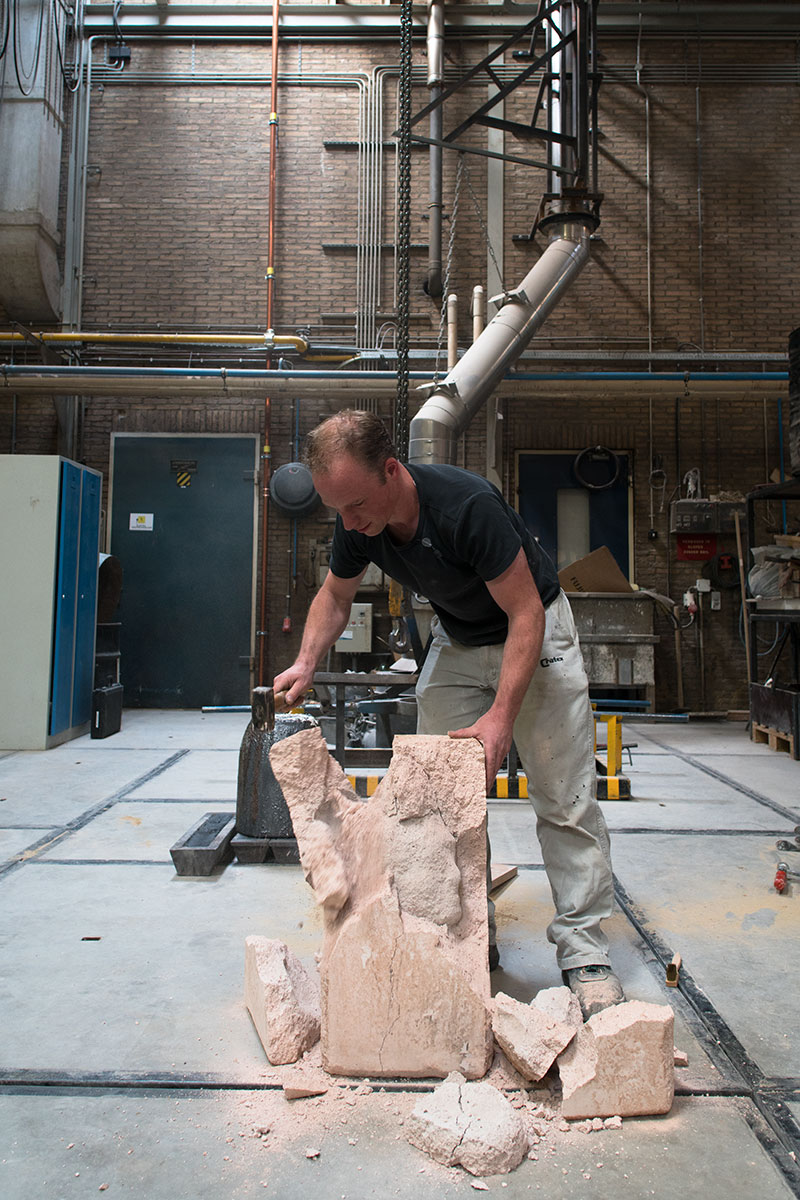 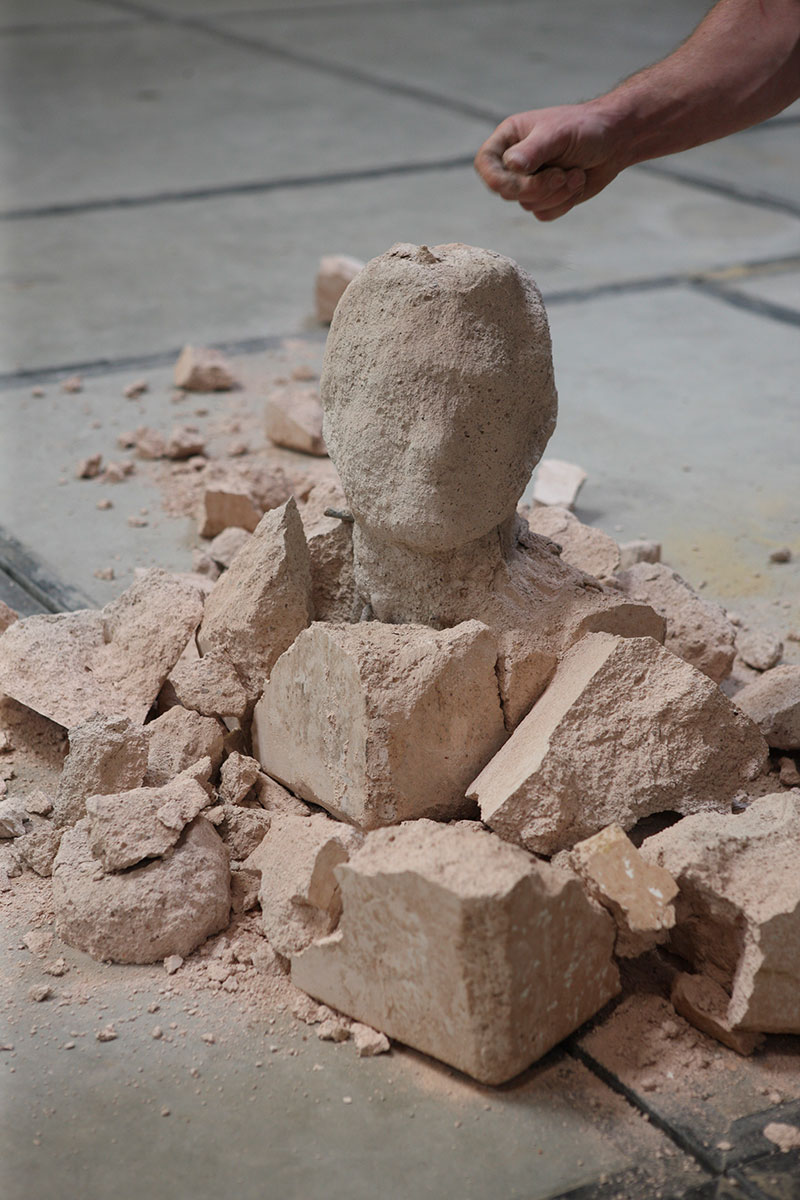 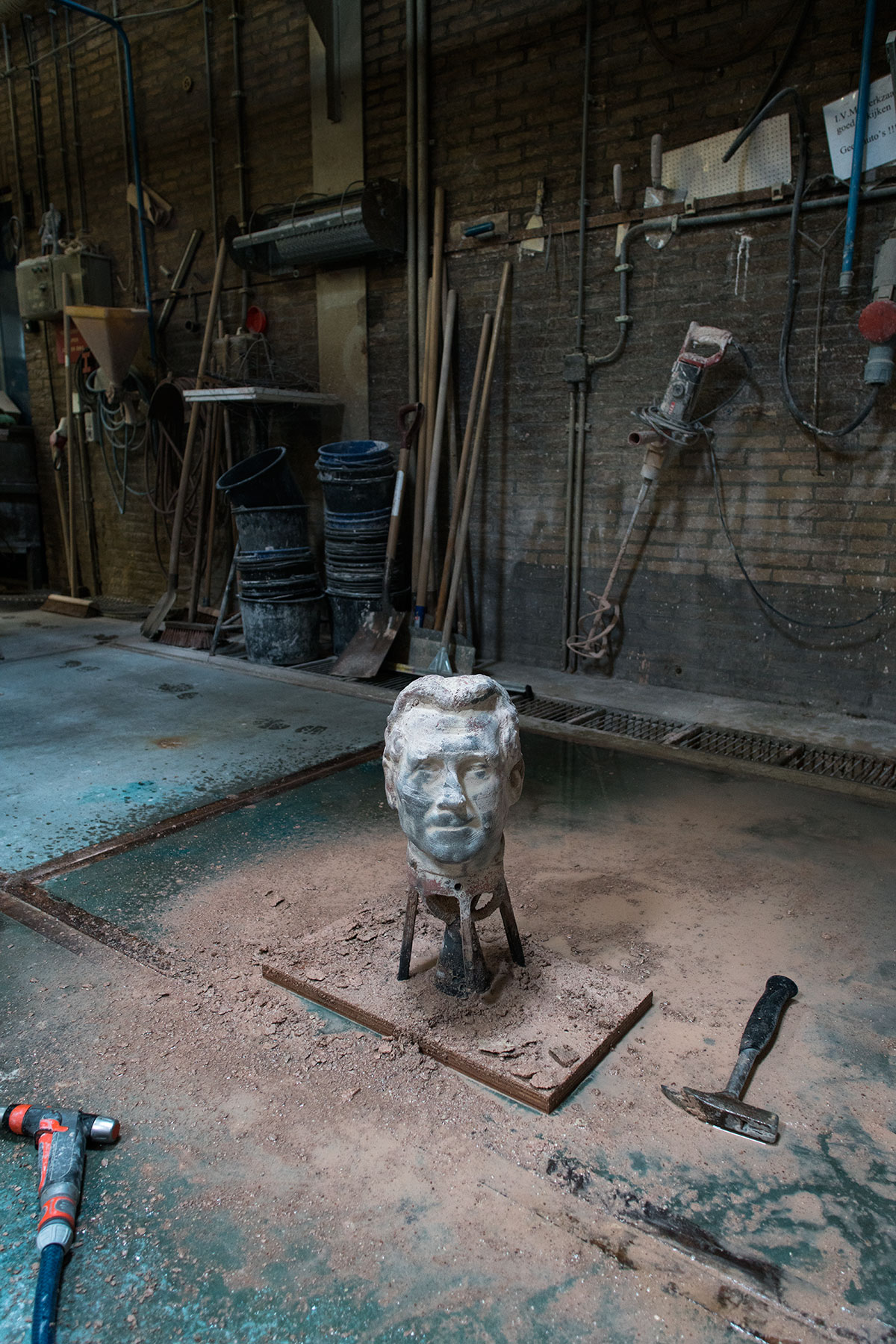 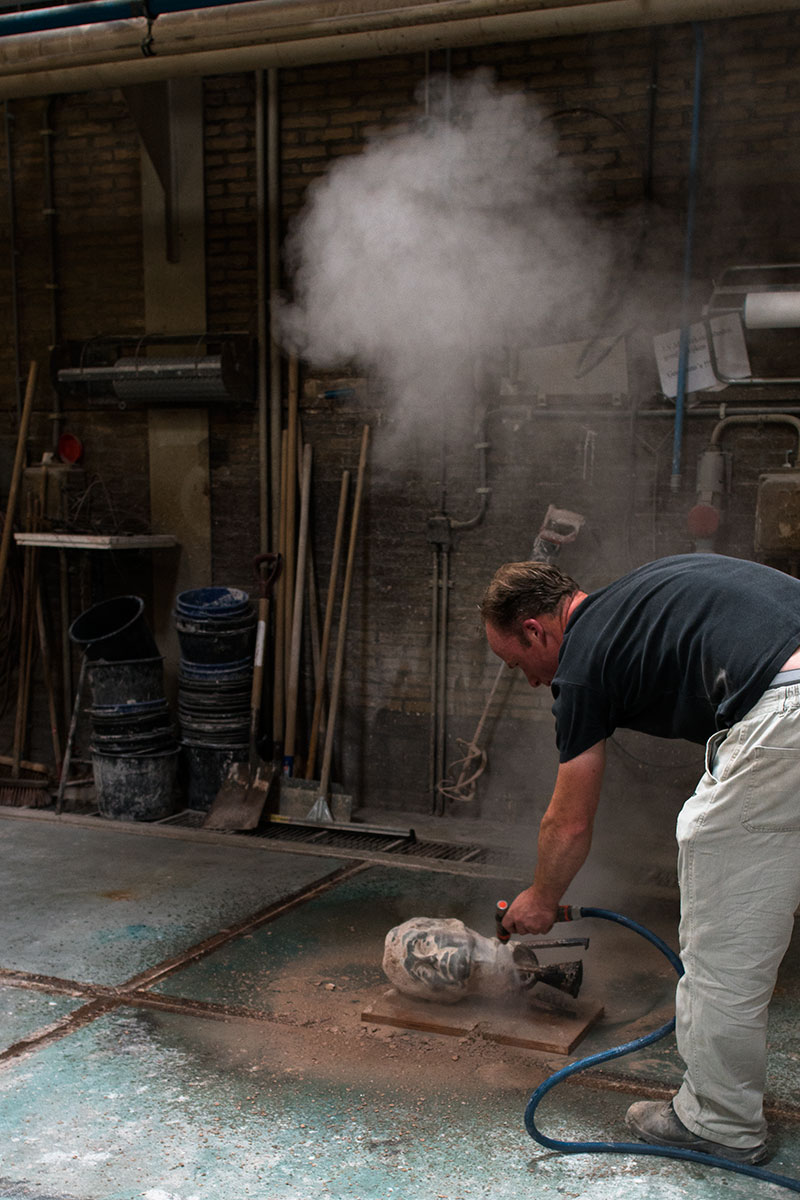 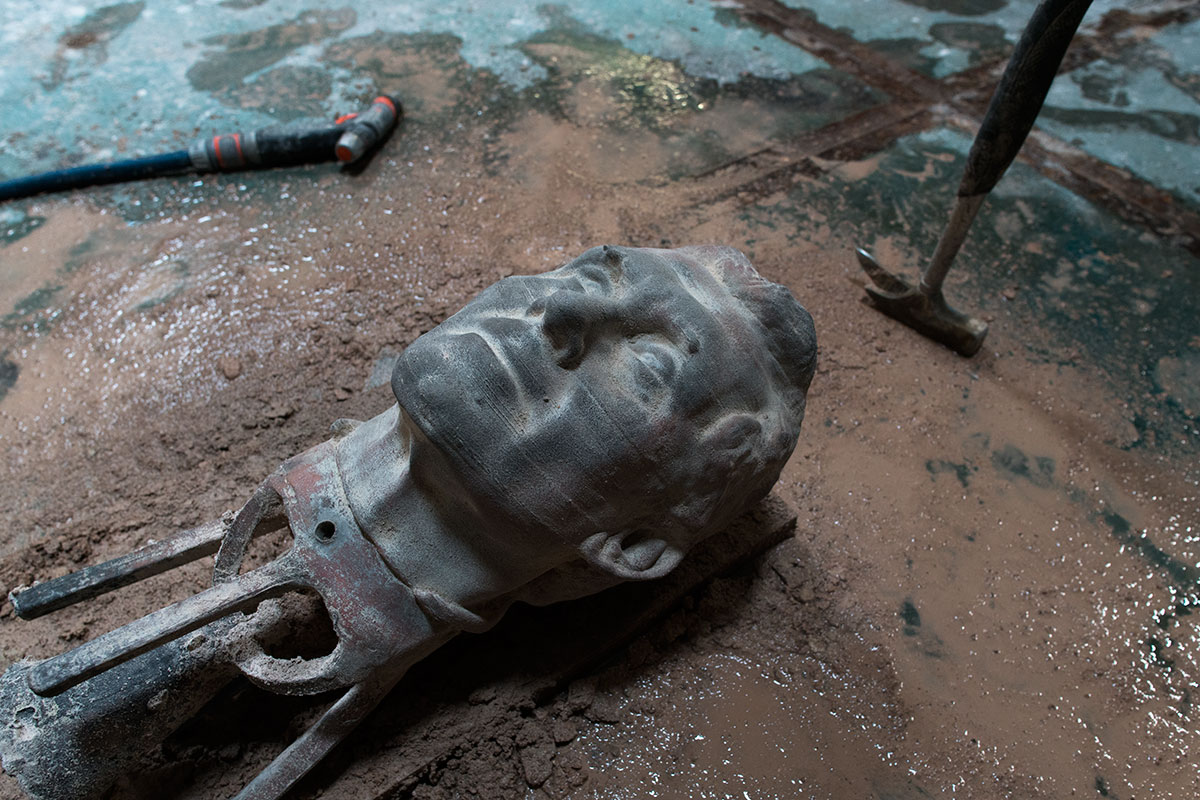 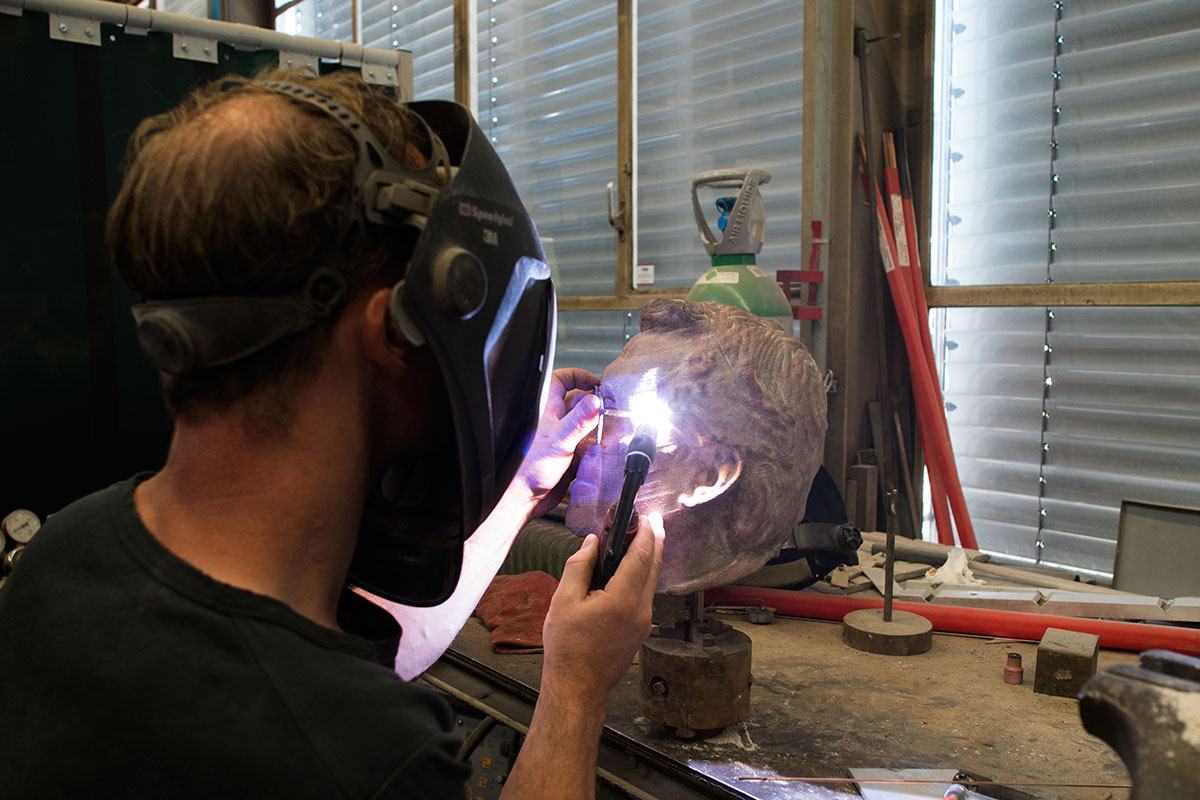 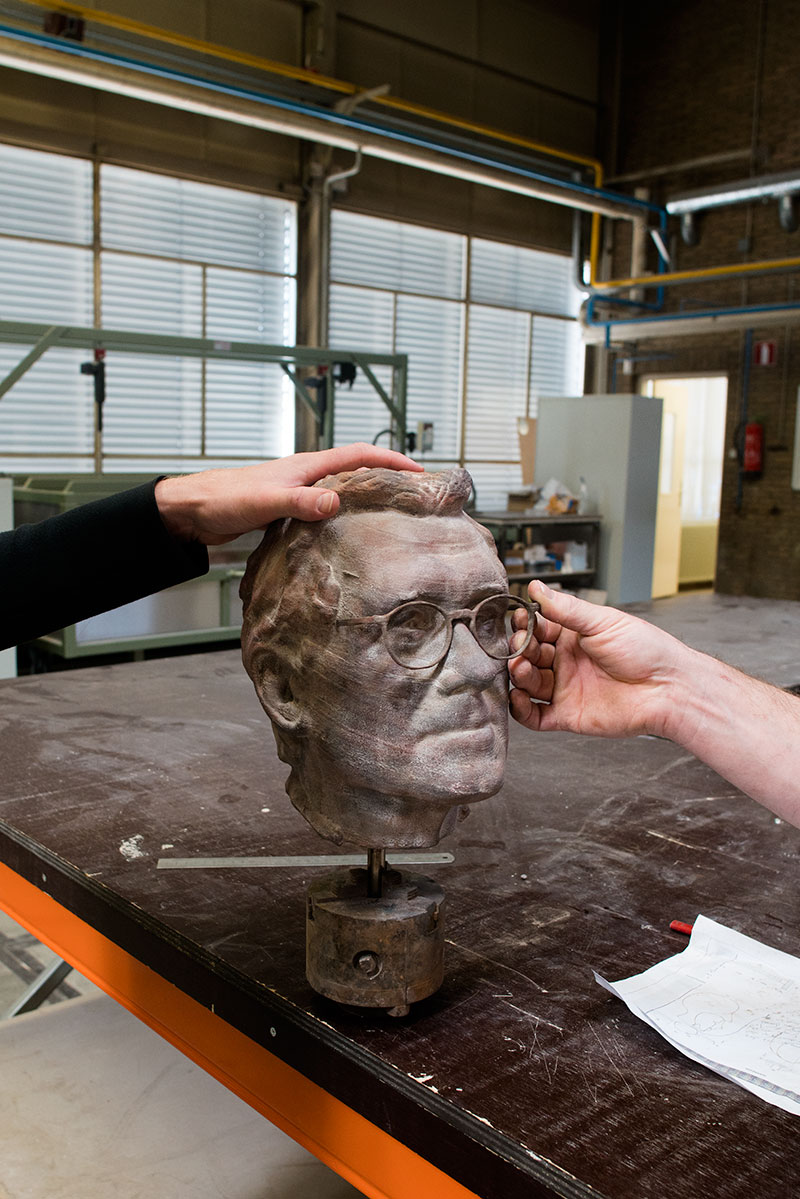 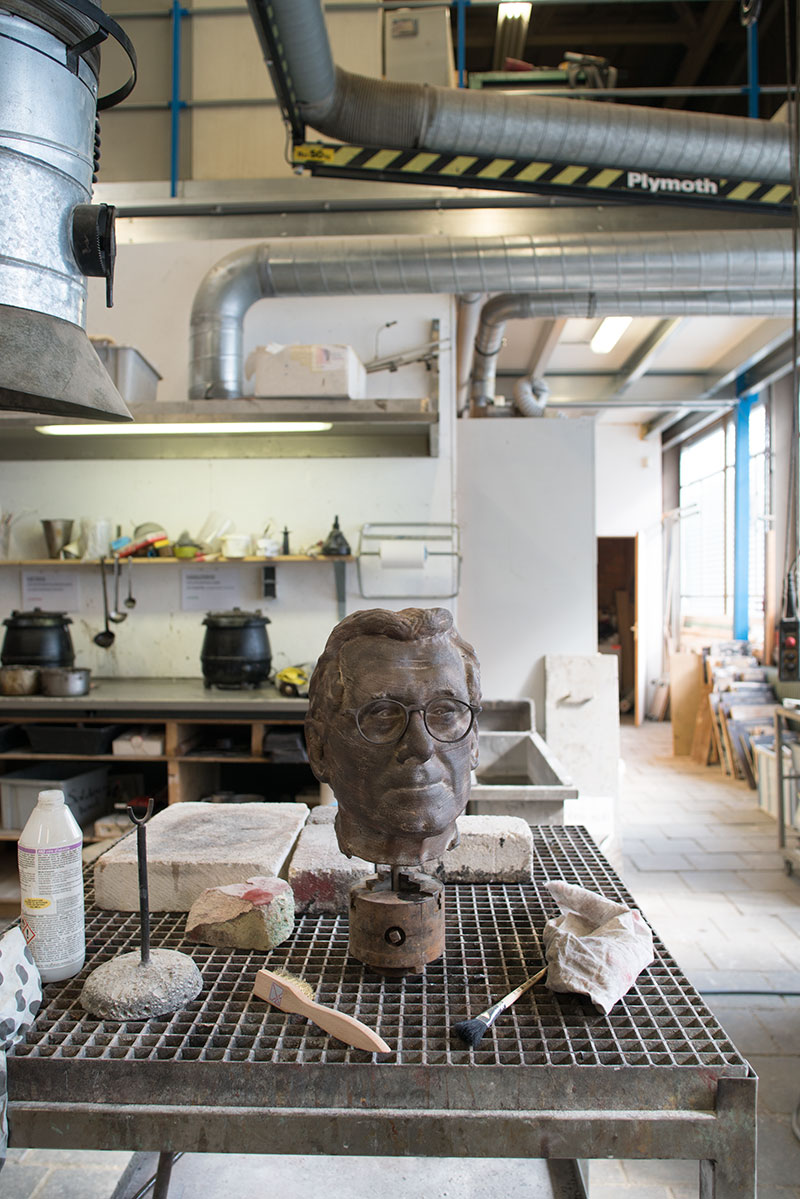 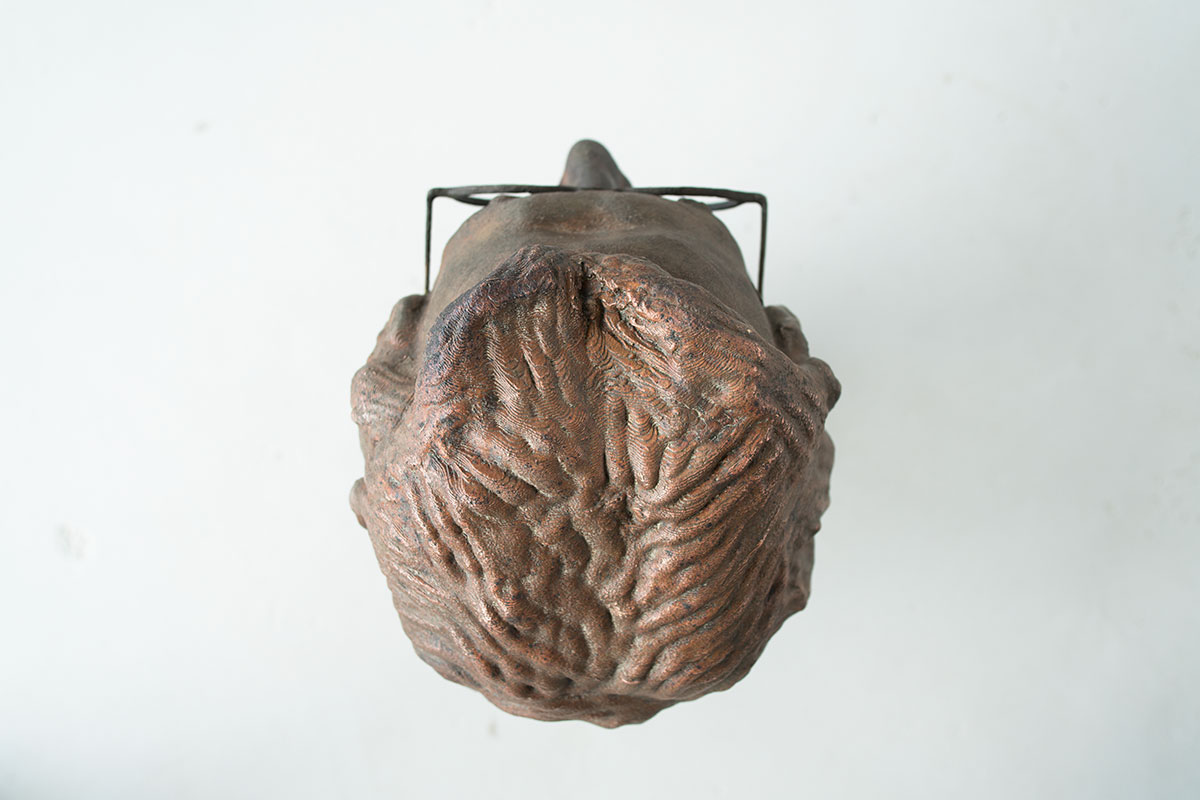